To share your memory on the wall of Charles Maurice, sign in using one of the following options:

Charlie proudly served in the United States Navy, along with his brothers. Charlie served from May 1964 thru July 1967 during which time he served on a ship during the Vietnam War. After serving his country Charlie met and married Denice Noonan. They went on to have 2 children and made a life together in Wareham, Mass. Charles retired from SWB Company Inc. after working 35+ years.

Charlie was the loving father to Charles Maurice Jr. and his wife Catherine (James) of Wareham, Jody (Maurice) Lotter and her husband Justin Lotter of Plymouth. He was the cherished Papa of Cailin Maurice, Kassidy Maurice, Jett Maurice, Sadee Maurice and Faith Lotter. Charlie also leaves behind his brother, Dennis Maurice and his wife Celia, and many nieces, nephews and family members. He was predeceased by his mother Elaine Martin, his sister Victoria Loveless and her husband Ray, his brother Roger Maurice and sister Katie Vigeneaux.

Charlie will be laid to rest with honors at The Massachusetts National Cemetery in Bourne on Friday April 24, 2020 at 11:15AM

A Celebration of Life will be held following the burial, details to follow. 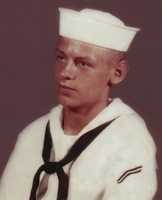