To share your memory on the wall of Chester Drown, sign in using one of the following options:

Provide comfort for the family of Chester Drown with a meaningful gesture of sympathy.

Chet was actively involved in Pembroke town politics, for years. He worked on the Herring Run project and worked hard on improving the town Recycling Center. His passions were fishing and boating and he loved being surrounded by his family.

Chet is survived by his loving wife Peggy, his son Christopher and his wife Christine (Hill) Drown, his daughter Susan and her husband Patrick Hannon and his daughter Judith and her husband Joseph Goldberg. He is also survived by 8 grandchildren, Robert, Ashley, Brian, Kayla, Alyssa, Kara, Amanda and Victoria and 4 Great Grandchildren, Sophia, Madison, Magnolia and Lilly who is due to arrive any day now.

Receive notifications about information and event scheduling for Chester

We encourage you to share your most beloved memories of Chester here, so that the family and other loved ones can always see it. You can upload cherished photographs, or share your favorite stories, and can even comment on those shared by others.

Posted Apr 12, 2019 at 01:10pm
I worked for Chet in the ID unit and he was a great guy. I remember him & his partner, Frank Doyle and I loved listening to some of their stories. May God bless Chet and bring some comfort to his family in the days ahead.
Comment Share
Share via:
S

Thank you Paul, for sharing.
VG

Posted Apr 11, 2019 at 03:01pm
To Judy and her family members: May care and love of those around you provide comfort and peace to get you through the days ahead. My most sincere condolences. Vikki Greenwood
Comment Share
Share via:
SM

Posted Apr 11, 2019 at 10:32am
Dear Judy and family, so very sorry to hear of your Dad's passing. My thoughts and prayers are with you all at this most difficult time.
Comment Share
Share via:
DP 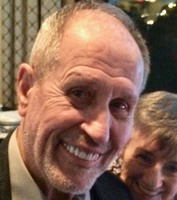 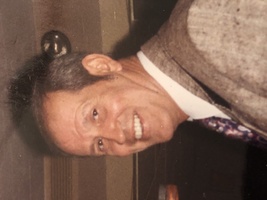 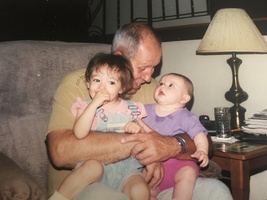