To share your memory on the wall of David Robinson, sign in using one of the following options:

Print
David Robinson, 69 of Kingston passed away on September 24th surrounded by family. He was born in Hanover on November 7, 1949 to the late Thomas and Marena (Powers) Robinson.

Dave was a loving husband, father, Bumpa, uncle and friend.... Read More
David Robinson, 69 of Kingston passed away on September 24th surrounded by family. He was born in Hanover on November 7, 1949 to the late Thomas and Marena (Powers) Robinson.

Dave was a loving husband, father, Bumpa, uncle and friend. He worked as carpenter for all of his life, ending his career in the Carpenter’s Union, Local 624. Dave served as President of the Old Colony Model T club for two years. Harley-Davidson’s were his passion. He spent 55 years riding and working on them and always talking about them. One of his favorite things to do was travel across the country on his bike with Teresa visiting amazing places like the Badlands in South Dakota. They’d hop on the bike and ride for hours just to find the best peach pie in Wyoming. He was happiest when spending time with his family, riding his Harley, fishing with his grandkids, traveling, working in the garage, and helping anyone in need. You name it, Dave could fix it!

He is survived by his beloved wife Teresa (Hood) Robinson; his children, Cherie Robinson, Nicole Dorr and her husband Thomas, Philip Wright, and Kelly Cavise and her husband Daniel; and his grandchildren, Nick, Rome, Madelynn, Eva, Myles and Wesley. He is also survived by his sister, Thelma Lavoie; brother Thomas Robinson and nieces and nephews. A memorial service will be held at a later date.
Read Less

Posted Oct 09, 2019 at 06:55am
I will always remember riding on the back of your bike to honey dew donuts and 7-11. How loving and caring you were. You have always been my favorite uncle and I will miss you. I love uncle David!
Comment Share
Share via:
CR

He loved you right back! You know that 💕
CR

Posted Oct 08, 2019 at 01:02pm
Dad,
So many people have sent messages or called to tell me how sorry they are to hear that you’ve gone. It’s made me realize what the best part of being your daughter is- every single one of them has a story about something you’ve done to help them, just because. You never wanted anything in return and you definitely didn’t want any recognition! All my life wherever I’ve gone or whoever I’ve talked too, someone knew you and had one of these stories but anytime I’ve ever asked you about them you always say you don’t know what I’m talking about or “what are you listening to him for???” You’ve done plumbing, electrical work, built things, fixed cars or bikes, rescued people when they’re stranded, sponsored people in AA, anything you could do to get someone back on their feet. And the most you’ve ever acknowledged was to say “So? It needed to be done, now it’s done. Forget it”. I remember you taking me with you when I was little in snowstorms to shovel people out. You’d try to get there early so they wouldn’t see that it was you. You ALWAYS went to Buddy and Muriel’s, I remember that very well When there was a hurricane you’d go around the neighborhood taping up elderly people’s windows and you’d never take anything they tried to give you in return. I didn’t always realize how special that made you. Growing up with you as my father I just thought that’s what people did. I want you to know that I know now what an amazing person you were Father, brother, uncle, friend, neighbor, random guy passing by....and most especially the best Bumpa in the world. You took us to do so many cool things and meet so many different kinds of people and you did all that with your grandkids too. We are all so lucky to have had you and we will carry you in our hearts forever. Thank you for all the amazing memories, I’m so proud to be your daughter. I love you more 💕
Comment Share
Share via:
ND

This describes him perfectly 💕
P

Posted Oct 03, 2019 at 05:58pm
Dave was such a big part of my childhood...he was a second dad to me when we lived on Pacific St in Rockland. As Maria said...no make up, was his motto! I never dared wear any when I went over to his house!!! I used to babysit Cherie and Nicky and I just loved them to pieces. Dave gave me my first Harley ride when I was 9 or 10 yrs old... and I was holding on so tight, he said, “Krissy, if you don’t like loosen up your grip I won’t take you on any more rides!” So I did!!!
I am so sorry to hear of his passing, and am sending my love and support to all of the family. ❤️
Comment Share
Share via:
CR

Posted Oct 03, 2019 at 03:53pm
I have so many wonderful memories of Dave from my childhood.
I spent almost every day after school at the Robinson’s house and was welcomed in as part of their family. Dave was against his teenage girls wearing makeup and would pick me up and try to dunk my head in the toilet when I showed up wearing any. I will always remember Dave for how much he loved his kids and grandchildren and would do anything for them and for my first motorcycle ride.
Rest easy. You will be missed. 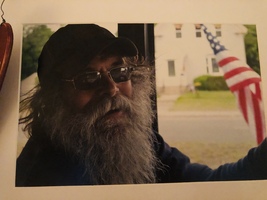 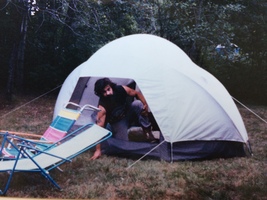 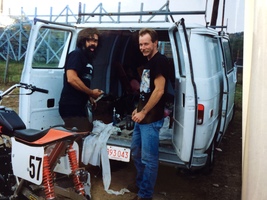 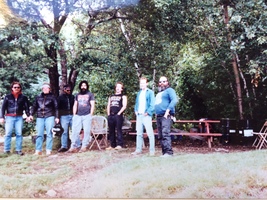