To share your memory on the wall of David Scanlan, sign in using one of the following options:

Provide comfort for the family of David Scanlan with a meaningful gesture of sympathy.

Print
David F Scanlan passed away on Saturday May 9th, 2020 in his 81st year.

David enlisted in the United States Air Force where he developed his photography skills and won awards for his submissions in contests. He was also very involved ... Read More
David F Scanlan passed away on Saturday May 9th, 2020 in his 81st year.

David enlisted in the United States Air Force where he developed his photography skills and won awards for his submissions in contests. He was also very involved in strength training during this time. His experience and skills in photography later led to his photographing weddings and further developing his passion for photography which, along with weightlifting and an interest in numismatics, remained dominant hobbies throughout his life. After his mother fell ill, and upon completing his service, David left the Air Force. Upon her passing, he travelled to Canada where he met his future wife, Lucille. He was a dedicated husband and father and spent his later years enjoying family vacations to his favorite spots in New Hampshire and Canada. His sense of humor provided many moments of hilarity and have left the family with plentiful stories to remember him by.
He was preceded in death by his father William Francis Scanlan III, Brothers James, Paul and Sister Mary Nickerson

It is with great sadness that we will not be able to schedule memorial services at this time, however a memorial event is anticipated at a later date.

As an expression of sympathy messages of condolence are welcomed at www.bartlett1620.com
Read Less

Posted May 23, 2020 at 02:45pm
We are so saddened by the loss of Uncle David. Our hearts go out to all of you and we will continue to remember him with much love.
- Paul & Tara Scanlan
Comment Share
Share via:
R 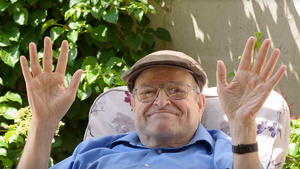