To share your memory on the wall of Donald Walsh, sign in using one of the following options:

He is survived by three sons, Burke Walsh, Michael Walsh and Christian Walsh of West Yarmouth, MA, his brother Ernest (Skip) Walsh and his wife Pamela of Forestdale, MA, and his brother Peter E. Walsh of Marstons Mills, MA. He is the son of Ernest L Walsh and Barbara J Walsh (Wilder) of Marstons Mills, MA. Donald was a graduate of Barnstable High School. He attended many schools of seamanship and rose to the rank of Captain in the US Merchant Marines. He sailed many oceans during his forty years at sea, visiting many foreign and domestic ports around the world.

During Donald’s off time he enjoyed sailing and fishing with his three sons.

His family wishes to thank all the staff at Cape Cod Davenport-Mugar Cancer Center, the VNA of Cape Cod and their Hospice team.

Donald touched many lives with his kindness and sense of humor. He was always there to lend a hand. May his memory be a blessing to all whose lives were touched by Donald.

Burial and celebration of life will be held at a later date.

Receive notifications about information and event scheduling for Donald

We encourage you to share your most beloved memories of Donald here, so that the family and other loved ones can always see it. You can upload cherished photographs, or share your favorite stories, and can even comment on those shared by others.

Posted Oct 04, 2020 at 09:44pm
Such a great friend, lots of good years and great memories. You certainly fought a long hard battle. We will miss you and think of you always. May you Rest In Peace my dear friend. Cristy and Jeff Cannon 10/4/2020
Comment Share
Share via: 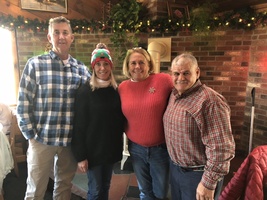