To share your memory on the wall of Doris Kendall, sign in using one of the following options:

Provide comfort for the family of Doris Kendall with a meaningful gesture of sympathy.

Doris was the beloved mother of Susan of Teasdale, Utah; Stephen (and Georgia Orcutt) of Cambridge, Mass.; Sara of Anacortes, Wash., Scott (and Carol) of Frisco, Colo.; and Sandy (and Ken Green) of Weston, Mass.; adored grandmother of Kalil, Patrick, Ashley, Laura, Zachary, Eli, Amos, and Thea; and great-grandmother of Lewis, Sage, and Gilbert. She also leaves dear nephews, nieces and cousins once removed, and friends of long and more recent acquaintance. She is predeceased by her husband of 50 years and her younger brother John L. Peakes.

While raising five children, Doris was active in her community, from amateur theater to PTO, Boosters to election volunteering. Beginning in 1970, she was employed at Massachusetts Audubon Society headquarters for approximately 10 years, followed by a decade at Digital Electronics Corporation. After retiring, Doris and Delvin moved to Merritt Island, Fla., and spent the summers driving across America in a motorhome, visiting their children and friends. Once widowed, Doris returned to Massachusetts, moving to Barnstable in 2000.

Doris loved getting to know people and their stories, and maintained friendships over time and distance. She was especially interested in the lives of people with different backgrounds from hers. She hosted exchange students from other countries, and remained in touch with them for decades afterward through letters and Facebook. She tutored English and sponsored citizenship for immigrants. She traveled in North and South America and England. She read widely and remained curious about the world until her last days. Her love of language and quick wit made her a wonderful raconteur, and her vast memory of poems, songs, and lore meant she could conjure an expression for any occasion.

In Barnstable, she volunteered regularly at the Senior Center and the Recreation Center’s beach sticker table, her contributions recognized in 2011 with a citation from the Massachusetts Senate President and the Spirit of Ruth Rusher Award for community spirit and dignity in aging. The Barnstable Patriot then reported: “’There is no stopping Doris,’ said Lynne Poyant, director of community services for the town. ‘She is an absolute dynamo. She truly embodies the spirit of positive aging.’”

A warm and supportive mother, an ideal grandmother, a dedicated volunteer, a valued friend, an engaged citizen, a tough cookie, and good company, Doris brightened the lives of countless people and is already keenly missed.

A memorial event is anticipated post-pandemic. If so moved, donations in her honor may be made to the Massachusetts Audubon Society, the Association for American Indian Affairs, or a charity of your choice.
Read Less

Receive notifications about information and event scheduling for Doris

We encourage you to share your most beloved memories of Doris here, so that the family and other loved ones can always see it. You can upload cherished photographs, or share your favorite stories, and can even comment on those shared by others. 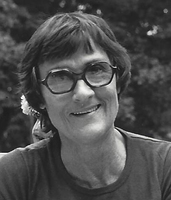 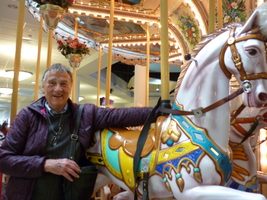