To share your memory on the wall of Frank Macaluso, sign in using one of the following options:

Print
Frank Joseph Macaluso, 94, of Sandwich MA, formerly of Melrose and Brewster, passed away peacefully at home on June 3, 2020 with his two daughters by his side.

Beloved husband of the late Mary Julia (Ballou), Frank is survived by his two... Read More
Frank Joseph Macaluso, 94, of Sandwich MA, formerly of Melrose and Brewster, passed away peacefully at home on June 3, 2020 with his two daughters by his side.

Beloved husband of the late Mary Julia (Ballou), Frank is survived by his two daughters, Maryanne Peters of Bradenton, FL and Donna Kennedy (spouse Richard, son Andrew) of Sandwich, MA. He is also survived by many loving nieces and nephews.

Frank was raised in the West End of Boston, near the Boston Garden, where his parents immigrated
from Italy. His father made his living selling fruit on a pushcart in Boston. Growing up, Frank often
helped his mother at home as his older siblings went off to work. He also shined shoes, and kept his
original shoe shine box from his childhood until the day he passed. Frank was extremely proud of his
Sicilian heritage. He married the beautiful Mary Ballou, and throughout their marriage they were always lovingly arm in arm.

Frank enjoyed a long, successful career in Medical Supply Sales. As he became successful, after growing up so poor, he took pride in dressing well. He wore a three piece suit every day well into his 90’s.

Frank raised his family in Melrose, MA. He also built a pretty summer cottage in Brewster, Cape Cod, so
that his wife and daughters could enjoy their summers at the beach. In the summer, Frank would be down the Cape in time for dinner on Thursdays, and didn’t leave until after breakfast on Monday.

Frank loved the Boston Bruins and was a season ticket holder for decades. He taught his daughter Mary to skate, and was proud that she was the only girl on her hockey team. His daughter Donna also became an avid Bruins fan, and loved accompanying him to Bruins games.

Sundays were family day. His children were not allowed to wear jeans on Sunday, out of respect for the Lord’s day. Sunday afternoons were spent at his brother Joe’s, who was his best friend. They often
ribbed each other on which one made the best meatballs and ‘gravy’.

Frank loved to cook and was known for his fabulous breakfasts, homemade pizza, and especially his
chicken cutlets. He was a United States history buff, and loved taking rides and pointing out all the
landmarks in the Boston area. Frank had a witty sense of humor, and loved to laugh and tell stories.
But the most important thing in Frank’s life were his children. His happiest moments were spent with his
two daughters. He taught his daughters well, and they will forever remember his advice and the
absolute love he had for them. He will be greatly missed.

His daughters would like to thank his personal physician, Dr. Scott Graham, and the team at Fidelis
Hospice, especially Sandi, Andrea, and Michelle.

Burial in Melrose will be private. A small celebration of life will be held at a later date.

Receive notifications about information and event scheduling for Frank

We encourage you to share your most beloved memories of Frank here, so that the family and other loved ones can always see it. You can upload cherished photographs, or share your favorite stories, and can even comment on those shared by others.

Posted Jun 18, 2020 at 08:28am
May you rest in sweetest peace, Frank. It was an honor to have met you and spent time with you. You were such a sweet man. My deepest sympathy to Donna and your family. Much love to you all.
Comment Share
Share via:
P

Posted Jun 17, 2020 at 09:25pm
Beautifully done Donna and Mary. Your dad was truly a special person. I remember having breakfast with him on the porch with the jalousy windows in Meltose, -cereal and blueberries always! I remember clamming and crabbing in the bay From your place in Brewster but mostly I remember how how special your dad made each of us feel. He so loved “the kids” and we so loved him. You were special Uncle Frankie-thank you for being a very special piece of my life. Love always, Pam
Comment Share
Share via: 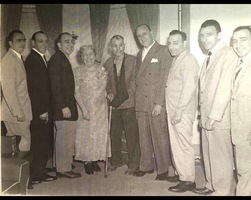 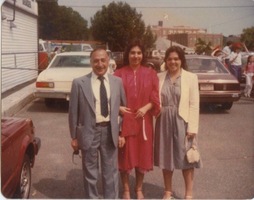 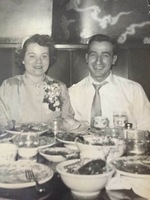 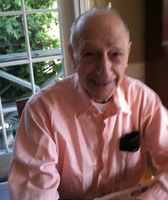