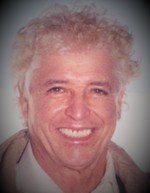 Henry Charles Griego, JD, LLM passed away on October 23, 2019 at his seaside
home in Plymouth, MA while in hospice care for a long illness. His loving wife,
Roberta (Roie), of over forty years was by his side.

Henry proudly served his country in the U.S. Amy. He was a valued member of
both the New Mexico and Texas Bar receiving numerous awards and honors
during his almost five decades practicing law.

Henry was born in Albuquerque, New Mexico in 1936 to Tony and Dolores
Griego. He is survived by his sister, Kathleen Ramirez of NM, his sister,
Rosemary Blatchford of CA, he was preceded in death by his brother, Anthony,
and sister, Jeanette Munroe. He is also survived by his stepson, Eric Shaffer of
Gwinn, MI and was preceded in death by his stepdaughter, Eve Wright. He was
Uncle Henry to many nieces and nephews across the globe.

An adventurous spirit with great compassion for animals and a love of travel,
law and classical music were some of his many wonderful traits. At age 70 he
embarked on a solo journey around the world in ninety days with just his
beautiful smile and a backpack. During his trek he explored Europe, Asia, India,
Nepal, Australia, New Zealand, and South America walking no less than fifteen
miles a day.

Henry, his beloved wife and faithful Boston Terriers lived for two years in Puerto
Vallarta, Mexico and spent almost every winter by the ocean there.

At Henry’s request he will be cremated and will not have any services as it is his
hope that family and friends will spend that time enjoying and celebrating life
rather than mourning his death.

To say that he was extremely proud of his wife’s tireless and extraordinary work
helping animals would be an understatement. If you care to remember him,
please support this work as he did by making a donation to the Non Profit dog
rescue his wife founded many years ago, Friends of Homeless Animals, Inc,
based out of RI. Donations can be made on their website: WWW.FOHARI.ORG
or mailed to their treasurer at 8052 Bonito Dr, Marathon, FL 33050.