To share your memory on the wall of James McNerney, sign in using one of the following options:

Provide comfort for the family of James McNerney with a meaningful gesture of sympathy.

We encourage you to share your most beloved memories of James here, so that the family and other loved ones can always see it. You can upload cherished photographs, or share your favorite stories, and can even comment on those shared by others.

Posted Feb 07, 2020 at 02:38pm
Sue,
We certainly will miss Jim and will say prayers for you and your children as you all are continuing to get through this period of your lives. Unfortunately, due to our ages and health, we will not be able to be with you and your family at this sorrowful time. Also, due to various reasons to include the flu, etc, none of our children will be able to represent us in Plymouth in our absence.

Posted Feb 07, 2020 at 09:19am
A smile and laugh that touched your heart. A love for his Sue and family - the most important thing to him. I will never forget his kindness. Many people walk into your life but very few stay in your heart. That is Jim McNerney. Im so blessed to have known him. God bless him and his beautiful family always.
Comment Share
Share via:
PM

Posted Feb 04, 2020 at 11:02am
Jim was the father in law of my son. Through the years I have been able to experience many good times with the family. He was indeed a fun loving guy, but most important he was the anchor of a wonderful family. I adored watching him with his children and grandchildren. He leaves a legacy of what family is all about. Always available to lend a hand or give advise whenever asked. I know my son felt welcomed into that family from the first day he met them. I have always been grateful to the McNerney's for giving Tom the family he has in New England. My visits to Plymouth were always a joy thanks to Jim and his family. He will most certainly be missed, but his faith tells us that we will all meet again.
Patti Mikosky
Comment Share
Share via:
TM

Posted Feb 03, 2020 at 03:25pm
Sue and family,
Please accept our deepest condolences. We always enjoyed seeing Jim at PYC and other places around town. It was truly our pleasure being a friend of his. Jim's kindest and smile will be missed
Comment Share
Share via: 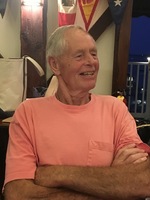 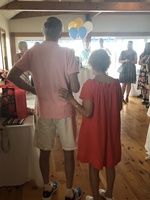 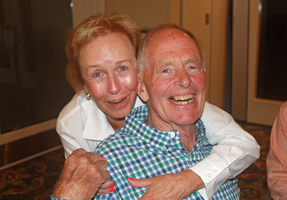