To share your memory on the wall of Joen Blanton, sign in using one of the following options:

Provide comfort for the family of Joen Blanton with a meaningful gesture of sympathy.

Receive notifications about information and event scheduling for Joen

We encourage you to share your most beloved memories of Joen here, so that the family and other loved ones can always see it. You can upload cherished photographs, or share your favorite stories, and can even comment on those shared by others.

JOEN & CHUCK COMMUNICATED WITH ARNIE AND I FOR MANY YEARS THOUGH WE DID NOT SEE ONE ANOTHER IN PERSON.

WE REMEMBER BOTH JOEN AND CHUCK & FAMILY LIVING ON BROWN ROAD IN BRIDGEWATER NJ. ALWAYS WILLING TO HELP AND WERE FOND NEIGHBORS. A TREE THEY PLANTED IN FRONT OF THEIR HOME IN BRIDGEWATER STILL REMAINS AND GETS MORE AND MORE BEAUTIFUL EACH BLOOMING SEASON. JOEN'S NOTES TO US WILL SURELY BE MISSED - WE WISH JOEN A WONDERFUL ETERNAL LIFE WITH OUR FATHER IN HEAVEN.

Posted Jun 22, 2019 at 08:08am
My heart is broken. Every one of these pictures shows your mom's beauty inside and out!! God blessed her with a plentiful life which you should all remember with joy. May she now rest in peace up in heaven. Love to you all. Sosie
Comment Share
Share via:
DD

Posted Jun 19, 2019 at 10:56am
Lisa, I am so sorry for your loss and will keep you and your family in my prayers. Donna Dickerson (Kehrs Mill)
Comment Share
Share via: 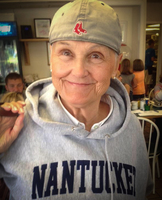 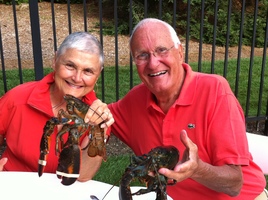 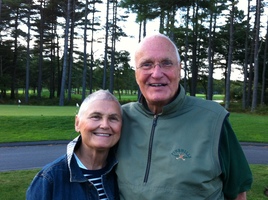