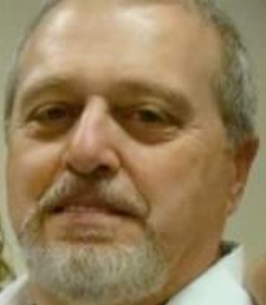 John A. Foscaldi SR, 77, passed away October 31, 2022. He was born in Brockton MA, received his GED to enlist in the United States Army. He was in the Armory Division and manned Sherman Tanks. John was a Vietnam Era veteran, and he received The National Service medal as well as commendations for sharp shooter. After his honorable discharge, John continued his career stepping into law enforcement. He worked as a Police Officer under both Brockton and Wareham Police Departments. He finally retired after working 12 years at Otis Air Force Base for The Department of Defense, where he proudly earned Top Gun for 6 of those 12 years.

John’s love of music and his talent of playing bass guitar and drums allowed for him to play in a few bands throughout his life. The most notable of his musical accomplishments was playing the opening set for the 1965 one hit wonder band "Sam the Sham and the Pharaohs", made famous for their song “Wooly Bully”. All of John’s children share their father’s  love for music and have him to thank for their musical talents as he taught them guitar. He was a huge Beatles fan; owned all their records and would frequently request the Beatles be played when he was staying in the Bedford VA hospital.

John’s a quick wit, and dry sense of humor would have you both laughing and scratching your head at the same time. He was a proud converted Jewish man who loved his synagogue. He loved his family deeply and always had uplifting words of encouragement no matter the situation, you could go to him with anything.

Predeceased by the love of his life and wife of 40 years, Maryann Foscaldi (Pike). John also leaves behind his 3 children; Gina Delaney and her husband Edward Delaney, sons John A. Foscaldi Jr; Joseph A Foscaldi, and his children's mother, Janet G Foscaldi, all of Plymouth. He is also survived by his sister Darlene Campisano, her husband Jack Campisano and their daughters Anita Singh and Nardia Campisano, his Grandchildren; Tayla Foscaldi, David Delaney, Erin Delaney, Francis Foscaldi, and Alexis Foscaldi and his Great Grandchildren; Jared, Sienna, CJ, Alice, and Cayden. In addition to his own children John also leaves behind 2 step sons; Robert Mendonca, and his wife Cristie Marceline, their children Clare, Aaliyah, Kaylee, and Kristian of Hyannis, Richard Mendonca of Las Vegas.

John will forever be loved and missed by all who had the pleasure to call him a friend or family.

Arrangements are under the care of Bartlett Funeral Home. Visitation will take place Wednesday November 9, 2022 from 10:30am-12:30pm at the Funeral Home, 338 Court St, Plymouth MA 02360. Interment will be at 2pm at The Massachusetts National Cemetery, Connery Ave, Bourne MA.

Obituary lovingly written by the family of John Foscaldi, Sr