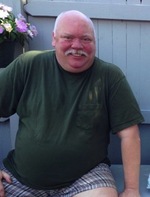 Born March 7th, 1959 in Newport RI, son of John and Lois Grover. He is survived by his loving wife Karen; his mother Lois; his daughter Holli Wong, her husband Jeffery; his son Keenan, and wife Constance; his sister Christine Blake, and husband Mark; He is also blessed with 5 grandchildren, and many nieces, nephews, aunts, uncles and cousins.

John graduated from Rogers High School in Newport RI, where he held records in both hammer and shot put and played numerous other sports including football and baseball. After high school he went on to play semi pro football in Florida. He served in the US navy from 1978 to 1980. Soon after, he started a family and moved to Cape Cod to work as an Air Traffic Controller at Barnstable Municipal Airport. He was involved in numerous sports including Yarmouth Little League, YD youth hockey and youth soccer. One of his proudest accomplishments was assisting in the development of youth football in Dennis/Yarmouth.

A constant scholar and voracious reader. John earned an associate paralegal degree as well as a bachelor's degree in accounting. He loved working with people as a realtor, salesman and bartender.

John enjoyed spending time with his family and friends. He was known for his larger than life personality. He kept you laughing with his playful joking and sense of humor. He was a storyteller, who could reel you in with his tales. John was extremely giving and compassionate. He loved to see his family happy and was eager to always show them how much he cared.

John’s passing leaves behind a huge void in the heart of his best friend, wife and love of his life, Karen, as well as all of those who knew him. He will be forever missed by his family and friends.

At this time there will be no services due to Covid-19.

If you would like to honor his memory, please donate to your local food pantry.

A Celebration of life will be announced and held at a later date.