To share your memory on the wall of Karl Braun, sign in using one of the following options:

Provide comfort for the family of Karl Braun with a meaningful gesture of sympathy.

We encourage you to share your most beloved memories of Karl here, so that the family and other loved ones can always see it. You can upload cherished photographs, or share your favorite stories, and can even comment on those shared by others.

Posted Nov 11, 2019 at 07:10pm
I was just a kid when my sister, Alice and Karl got married. They lived upstairs in my parents house. Karl was so good to me. He taught me how to ice skate and we use to go skating on Becky’s pond. He will be greatly missed. Rest In Peace. Love Joyce and Denis.
Comment Share
Share via:
MD

Dear Karl and Lisa, You, and all of those Karl’s Dad loved, are in our thoughts and prayers at this sad time. With Sympathy, Michael and Mary Jane Donelan 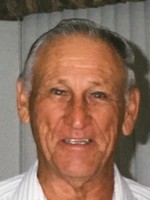