To share your memory on the wall of Martha Healey, sign in using one of the following options:


Martha was born in Sterling, Massachusetts, the daughter of Daniel Healey and Betty Healey, and sister to Kevin Healey and John McGeever, all predeceased. She graduated from high school in Rutland, MA. She lived in Western Massachusetts as a young mother for several years, but Martha was a free spirit and when the opportunity came to travel, she left Massachusetts to settle in California with her young family. Martha loved the culture and party atmosphere in the small quirky towns along the Russian River, and she made many friends from all different backgrounds, including artists, musicians and bikers. After the passing of her beloved younger brother Kevin, she returned to Massachusetts in 1985, and made Cape Cod her permanent home for the last 30 years. It was there in 1993 that Martha met David Hickman, who has stayed by her side as her best friend and loving partner ever since.


Martha was a gifted artist in several different mediums, including watercolor and pastels, and had a green thumb growing both indoor and outdoor gardens and plants.


Martha lived her life on her own terms and her fierce independence took her on many adventures. In a time when women were still often considered appendages of their spouses, Martha made her own calls, travelled across the country several times on road trips, and worked in a variety of industries -- throughout her life she instilled in her three daughters that same independent spirit, a gift which they have in turn given to her five grandchildren.


In Lieu of flowers or donations, the family is requesting well-wishers to honor Martha’s memory by finding a way to honor their own adventurous spirit. Maybe trying something new, taking a road trip with an old friend or even making a new friend. Let her final gift to friends and loved ones be a reminder to value the present moment, to find the humor when faced with adversity, and to choose to follow your determination rather than your fear.

Receive notifications about information and event scheduling for Martha

We encourage you to share your most beloved memories of Martha here, so that the family and other loved ones can always see it. You can upload cherished photographs, or share your favorite stories, and can even comment on those shared by others.

Plant a Tree in Memory of Martha
Plant a tree 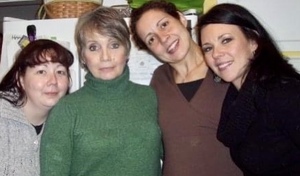 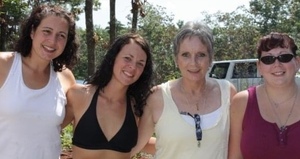 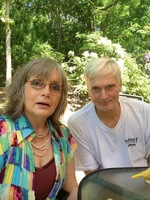