To share your memory on the wall of Michael Trant, sign in using one of the following options:

Michael was born in Somerville, MA. He was the only child of the late Mr. and Mrs. Robert F. Trant, the son-in law of Barbara and the late Peter F. Sullivan, of Somerville, the brother-in-law of Susan and the late Daniel Rielly, of Salem, Mark and Regina Sullivan of Arlington, and uncle to Caitlin Rielly.

Mike lived life to the fullest with his larger-than-life sense of humor. He was brilliantly quick-witted, and had an incredibly humble sense of self. His blue eyes danced with delight as he lit up the world with exuberance. He was loved by so many and blessed with memories of boisterous happy-go-lucky times he shared with all of his wonderful friends.

Mike was an avid sports fan, loved boating on the canal, blues music, John Wayne movies, and cooking was one of his passions. He so loved his loyal buddy, Rocko, the family’s late Golden Retriever.

Mike's most treasured moments were the simple pleasures of making his wife, children and friends laugh. His great joy was spending time with his grandbaby, Jake.

He was simply the very best. He will be forever loved, forever remembered, forever missed, and forever in our hearts.

A private celebration of life is planned.

We encourage you to share your most beloved memories of Michael here, so that the family and other loved ones can always see it. You can upload cherished photographs, or share your favorite stories, and can even comment on those shared by others.

Posted Jan 05, 2020 at 05:53pm
I'm so very sorry to hear about Mike's passing. I grew up across the street from the Trants and Mike and I had a lot of good times playing together as kids. We played a lot of street hockey with all the other kids on Curtis Ave, and after they built the MDC skating rink on Somerville Ave, we'd skate together on Saturday mornings. I was several years older than Mike, and once I went away to college we lost touch. Rest in peace old friend.
Comment Share
Share via:
SP

Posted Dec 20, 2019 at 09:32am
I am so sincerely sorry that the world lost Mike. He was a dear friend. He brought such lightness and joy with his humor. Such a wonderful legacy
Comment Share
Share via:
SB

Posted Dec 16, 2019 at 07:51am
Condolences to the Trant and Sullivan families.
I met Carol through fandom and was lucky enough to get invited to her house with a bunch of other friends. So my memory of Mike is that he was a great host, a wonderful warm person and the best cook ever! Every time we thought there couldn't be anything better (or more for that matter, he cooked something new every day, even though we had lots of food left from the day sbefore) he put another delicious thing on the table. Also anyone who saw Carol and Mike together had to be blind not to see the deep love between them!
My deepest condolences. May the many wonderful memories of Mike give you the inner strength and peace to better deal with everything now and all through your life!
Rest In Peace,
Sandra from Germany
Comment Share
Share via:
RE

Posted Dec 16, 2019 at 12:10am
I met Carol and Mike in Mesa in Feb 2019. They were a joy to get to know. Mike was funny, caring and filled with happiness. Carol was sweet, caring and friendly. But you could see that they only had eyes for each other and their love was a bond that can never be broken. I had hoped to visit them in MA next year, but as things changed for me, it changed more drastically for the Trant family. My deepest and sincerest condolences. Mike will always be remembered by those who were fortunate enough to meet him. May his memory be for a blessing to all who knew and loved him.
Comment Share
Share via:
J

Posted Dec 15, 2019 at 09:27am
Condolences to the Trant and Sullivan families. I have many many great memories of Mike to hold on to.
RIP my friend.
Jim Sleek
Comment Share
Share via: 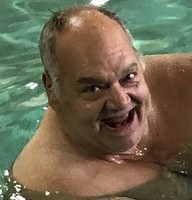