To share your memory on the wall of Norman Davis, sign in using one of the following options:

Norman was born in Manchester, NH but was raised in Camden Maine and graduated from Camden High School in 1955. He entered into the United States Air Force in 1957 and served as a radar technician. Norman met his beloved wife in Germany while stationed there with the USAF. He was honorably discharged in 1961.

Norman was a man of the sea who enjoyed fishing on his boat, the Kestrel. He was a marine electronics technician who spent many days in Duxbury Harbor working on the Kestrel and enjoying the company of many friends there.

He will be remembered as an avid story-teller with quick wit, often teasing his family members with a smirk on his face. Norman was a collector of family history and loved to share stories and old memories often through a compilation of beautifully kept slide photographs.

Funeral Arrangements are under the care of Bartlett Funeral Home in Plymouth, Visitation will take place Saturday, June 29, 2019 from 4 – 7 PM with a burial taking place on Monday, July 1, 2019 at 10am at the Massachusetts National Cemetery in Bourne
Read Less

Receive notifications about information and event scheduling for Norman

We encourage you to share your most beloved memories of Norman here, so that the family and other loved ones can always see it. You can upload cherished photographs, or share your favorite stories, and can even comment on those shared by others.

Our condolences for your loss. You have mentioned all the summers you spent "on the boat". This must have been the one. What a smile on his face in that picture. God bless.
Comment Share
Share via:
SC

Posted Jun 29, 2019 at 09:19pm
To Gary,
My thoughts and prayers are with you and your family during this difficult time.
Steve Cooper
Comment Share
Share via: 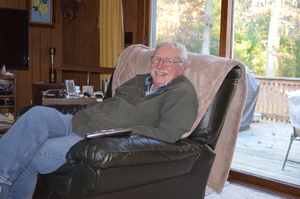