To share your memory on the wall of Peter Angus, sign in using one of the following options:

Provide comfort for the family of Peter Angus with a meaningful gesture of sympathy.

Born to Paul and Harriet (Menides) Angus in Newton, MA, he was raised in a large and loving family with
6 other siblings in Wellesley, MA, served as an altar boy at St. Demetrius and became an Eagle Scout. He
graduated Wellesley High School in 1987. He proudly joined the Army National Guard, excelled as a
Ranger, one of his greatest accomplishments, and later pursued a Bachelors of Economics from
Bridgewater State University. He began his career at Kodak, but spent the bulk of his career building the
529 College Savings industry from the ground up, as a leader from the beginning, both in multiple roles
at Upromise Investments, and later as Executive Vice President at Intuition College Savings in
Jacksonville, FL.

He is preceded in death by his dear parents and his eldest brother John, to whom he was
unconditionally devoted. He is survived by his many sisters; Wendy Angus and spouse Kelli Kirshtein of
Maynard, MA, and their children Benjamin and Daniel, Elisabeth Angus and partner, Rebecca Johnson of
Watertown, MA, Penny Templeton of Plymouth, NH and her children, Heather Angus of Lynn, MA and
brother Paul Angus of Sweden. He was beloved by many cousins, including Sandy Kakes, John & George
Curuby, and Georgia & John Menides, all of whom he kept close to his heart.

Peter created masterful gardens, excelled at eating Wellfleet oysters, was a true and passionate Boston
sports fan, and was happiest with his toes deep in the sand and taking his dogs for a walk -- he never
lived more than 3 miles from the beach for his entire adult life -- He adored being a dad above all else,
and his generous spirit and compassion were legendary.

Visiting hours will be held at Bartlett Funeral Home, 338 Court Street, Plymouth, MA on Friday, March
13, 2020 from 4-7 pm. Donations to the American Liver Association in lieu of flowers. Further services
will be announced at a later date.

Receive notifications about information and event scheduling for Peter

We encourage you to share your most beloved memories of Peter here, so that the family and other loved ones can always see it. You can upload cherished photographs, or share your favorite stories, and can even comment on those shared by others.

Posted Mar 12, 2020 at 06:21pm
Dear Paul and family,
Very sorry for your loss. Your brother was quite accomplished, a tribute to Wellesley High. My best to all.
Sincerely, Nathalie
Comment Share
Share via:
AF

Andrea Feirstein purchased flowers for the family of Peter Angus. 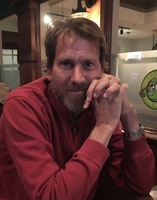