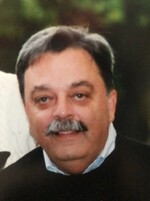 Philip Pergola, 75, of West Harwich, MA, formerly of Cohasset, MA, quietly passed away at home on the morning of December 1, 2020, with his devoted and loving wife at his side. He had suffered through an 11 year battle with Alzheimers. He was the adoring husband of Susan Rose (Reynolds) Pergola for 33 years. They were married on a spectacular fall day, on September 26, 1987, in Canton, MA.

Philip was the dedicated father of two sons, Joseph M. Pergola and Philip Jay Pergola. He also leaves behind a grandson and a granddaughter.

Philip took such pride and love in his family. He was a wonderful, kindhearted and generous man.

Philip initially lived in Texas, where his father was stationed with the U.S. Army. He was raised in Danvers, MA. Later, he lived in Stoughton, MA, where he served on the Conservation Commission, and in Tampa, FL. He and Susan settled in Cohasset, MA, for over 20 years, where they raised their family, including their German Shephard Annie. He retired to West Harwich, MA, on Cape Cod, 6 years ago.

Philip earned a Bachelor of Science from Salem State College in 1966. He served in the U.S. Army Reserve from 1966-1972. Philip earned a Master of Education from Boston University in 1969, and a Juris Doctor from New England School of Law in 1981.

A life-long fan of Boston’s sports teams, Philip was an avid fan of the Boston Red Sox. He was a baseball player from a young age, played for Danvers High School, Salem State College, and the Twilight League of Danvers. Philip continued his love of the game as an exceptional coach for the baseball team at Massasoit Community College for many years.

At Massasoit Community College, Philip held a number of positions, as a Dean of Continuing Education, also becoming interim President, Chief Financial Officer, and was a gifted and popular Professor there for over 40 years. He also maintained his own law practice in Brockton, MA, and then in Stoughton, MA.

Philip truly enjoyed being on the ocean on his boat, and sharing his love of the sea with family and friends. He spent time boating off the North Shore of MA, the Virgin Islands, Tampa and St. Pete, FL, and off the South Shore of MA and Cape Cod, MA. Both of his sons have fond memories of their dad taking them and their friends out on the boat to go fishing.

Due to the Covid-19 Pandemic restrictions, a graveside service will be held for immediate family. Normally the funeral is an opportunity for family and friends to gather in support of one another. Although we cannot gather together at this time, friends and family may still offer their support by visiting Bartlett Funeral Home’s website and sharing a special memory or message.

Susan would like to thank the people who took the time and made the effort to stay in touch with and support Philip during the many years of his illness, especially the members of his Alzheimers Family Support Center Men’s Group and their devoted spouses. You were, and continue to be, our family. Your kindness and compassion are truly appreciated, and you brightened our world.

Due to Covid-19 Pandemic restrictions, a private graveside memorial for immediate family only will be held.

Obituary lovingly written by the family of Philip Pergola