To share your memory on the wall of Richard Nolan, sign in using one of the following options:

Dick grew up in Hyde Park where he attended St Raphael's Grammar School, Cathedral High School, as well as Boston College, where he majored in accounting. He spent 3 years in Germany in the Army. Dick also spent 5 years living in Ireland where he worked as an accountant for an aluminum company. When he left Ireland, he worked at Mass Respiratory Hospital in Braintree as the budget director, which is where he met his wife Barbara.

Dick was a very loving husband, father, grandfather, and friend. He had a kind heart and was always available to help everyone. This is proven by the many volunteer works he did. He was an avid bicycle rider and rode to raise money for many charities like the lung association and diabetes. His greatest ride was from the Space needle to Washington D.C. He also did rides from Boston to P Town and more to raise money for diabetes. He was a big brother and he and Tom Jones( his little brother), did rides together. He also volunteered at the Jordan Hospital, worked with the homeless and also as a court advocate. He was a very special person, so kind and generous and had an amazing sense of humor. He had so many jokes and stories to tell. He will be sorely missed by family and friends , but especially by his wife Barbara.

In lieu of flowers, please consider making a donation in Dick's name to a charity of your choice, or to the Joan Lynch Scholarship Fund c/o K's Place, PO Box 51487, Boston MA 02205. This fund was started by our daughter Joan to help women battling drug and alcohol problems.

PLEASE refrain from wearing any cologne of any kind to the service, as we have family members with SEVERE allergies to any scents. Thank You.
Read Less

Posted Dec 17, 2019 at 06:27am
Barbara...My name is Paul, and I am a Eucharistic Minister serving St. Peter's Parish here in Plymouth. I visited with you and Richard several times, and with Richard alone on a number of different times. My visitations with Richard started at the request of resident Geneva Dicks nephew Manny. I do not know how Manny first interacted with Richard, but he asked me to visit him...and I did.
Please contact me so that I may tell you in private, about my last visit which occurred the Sunday before his death.
Thank you, and Richard for allowing me to bring the Eucharist to him.

Posted Dec 13, 2019 at 04:14pm
Everybody loved, respected working with Dick at Mass Respiratory Hospital/Braintree. He knew everything professionly there ever was to know about Patient Accounts!!
His smile and twinkly blue eyes lit up the room! Dick and Barbara were a perfect, loving couple. They loved travel to exotic places. They loved the beauty and peace of their home on top of a mountain in Plymouth!!
Dick had a gift with word and wonderful funny,stories! When he entered a room, "it came to life !"....everyone was comfortable and felt welcomed by him....his great smile and Irish charm!! We will truly miss him. "Keep a smile on us Dick, give us a wave from one of your bike rides around Heaven!!" Love Peg Liberty
Comment Share
Share via:
JT

I've spent a couple days now trying to think of something profound and meaningful to write here, as that was the impact you left on my life. But I don't think there are words to convey that. I will always remember you and the lessons you taught me. I will be forever grateful for the time I got with you and Nana, especially since I wouldn't have seen nearly as much of the world as I did with the two of you. I love you and I really really miss you.

Posted Dec 09, 2019 at 10:37am
My Mom, Judy (Fitzgerald) Simons Rodgers was one of Barbara's Best Friends from Nursing School in Jamaica Plain, MA. Our family all knew that Barbara had found her soulmate, when she found Dick Nolan! He was such a wonderful man. He loved and cared for Barbara, which made all of us so happy. He embraced our family, as well as the many people he encountered along the way. We are so terribly sorry that Dick passed away, but he sure left a loving impression while he was here! Love, Mary, Paul, Kevin, Jessica, Billy, Stacey, Kathy, Pat, Aubrey and Cory **Photo: Barbara and Dick Nolan, my Aunt - Charlotte (Fitzgerald) Stedman Fogarty and my Mom ~ Judy (Fitzgerald) Simons Rodgers Posted Dec 08, 2019 at 10:14am
Dick was a sweet soul, an honorable man, a true friend, & a kind, loving husband. We are sad that he won’t be at our “Peeps Brunches” listening to his entertaining stories. Heaven has welcomed a good one!! We will miss you Dick. -Mark & Kathleen Nolan
Comment Share
Share via: 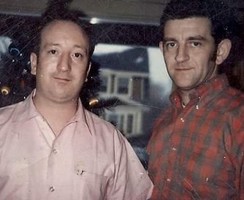 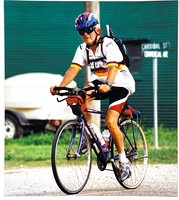