To share your memory on the wall of Robert Gallagher, sign in using one of the following options:

Bob had a great love of the sea, which was shared by his family, spending much time at Saquish. And St. John. His other great loves were singing with the Granite Statesmen Barbershop Chorus and art. Though he spent his career as an engineer, Bob maintained his love of art, working in various mediums: printmaking, photography, and watercolor.

Services are private. In lieu of flowers, donations may be made to your local fire department.
Read Less

Posted Oct 02, 2019 at 05:10pm
I thought of Bob today. I enjoyed his quite demeanor.i was thinking about replacing my window
BOB was a great researcher.he could tell me what company was best
Miss him and Mary CArol
Love their friendship so much

Frame-worthy precise maps that will get you where you’re going. Meticulous handwriting. Drafts upon drafts before painting. Thwap thwap thwap – must be Dad paying bills on his old-school typewriter.

Barbershop and genealogy. Books – all kinds. Red trucks and bungee cords. Light houses. Museums and galleries. The French Chef. The mountains in New Hampshire and the Isle of Shoals. Brooklyn. The East Wind and Saquish. National Geographic. Jacques Cousteau and Lawrence Welk. Eyebrows.

Let’s go out to eat! What kind of food do you want? (no waiting for an answer) How about Chinese?

Thorough – from dissecting a lobster to sightseeing to engineering.

Conscientious, loyal, sense of humor. Twinkle in his eyes. When others pretend they are part of his Gallagher Clan, he just smiles. When there isn’t a freezer he says: I’ll have the chocolate ice-cream. And when identifying birds: You know, the male is prettier ;)

Ever protective: Careful there’s a blizzard coming. It’s an extra high tide tonight. One hand for you, one hand for the boat. Seatbelt!

Blonde as a toddler, insisting he was still blonde in his 80s, despite the red beard and brown hair that happened in the time between.

What is he doing now? He’d say, “Making a pair of pants for a fish.”

Posted Aug 09, 2019 at 08:48pm
It was a great pleasure to know Bob as a friend and a fellow stutterer. I think of so many conversations with Bob during so many years. I know he loved Carol and his family very much.
I will miss him.
Frank Hawke, Marblehead, MA
Comment Share
Share via:
PC

Posted Aug 05, 2019 at 11:29am
We have enjoyed sharing our combined families on so many occasions...Christmases, birthdays, holiday cookouts, and graduations. But we will best remember Bob at the cottage at Saquish, and his love of everything at the seacoast. Our thoughts are with you and Gwen and Gretchyn during this difficult time.
Paul & Bobbie
Comment Share
Share via:
D

Posted Aug 04, 2019 at 12:50pm
Bob and (his wife) Carol plus family adopted us nearly 25 years ago, inviting us to his annual barber shop chorus, holiday events, birthdays and gatherings just because. Bob was also known as Bob’s your uncle and Chabadola and would often talk about his time stationed in England. He had a twinkle in his eye as he told the story of buying UK chocolates for Carol, exquitely wrapped, and as though he had never been in the shop, when actually he was recognized as a regular and if he wanted the usual! He would save up and pepper me with questions always confident that I would know the answer (often I did not). We would try to score points with him by racing to be the first to bring him the newspaper when he was at Saquish, and he would laugh. At family gatherings for Easter, Thanksgiving and Christmas he would retire after a hearty meal to his favorite chair and rest his eyelids, as various props were placed in his hands, increasing in number, and with time-lapsed photographic evidence. On St. John USVI he noted the capture and release policy of all critters in the cabin (sometimes later than others!), loved to set the challenge for the best photo of the extremely shy bird we called Eleanor (he won more often than not) and delighted in sharing his cautionary words during a game of Greed. Bob was always up for an adventure whether culinary or in life, he rolled his dice for Greed by letting them roll off his palm in a controlled manner (forever the engineer) and I will miss him in my life at the head of the Gallagher family table. I hope he’s found a good place to roll 5 dice in Bob Gallagher’s style.
Comment Share
Share via: 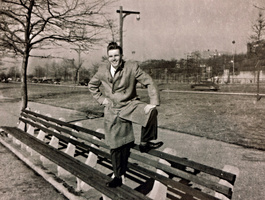 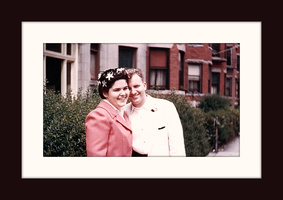 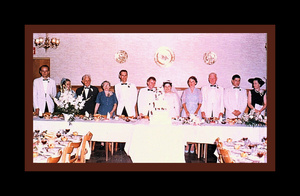