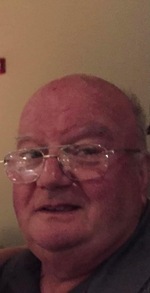 Bob was preceded in death by his parents as well as his brother Joseph Paula Jr.

Bob served in the Army. He worked at Cambridge Courthouse, as a fisherman and also at Jordan Hospital.

Due to the Covid 19 pandemic services will be scheduled at a later date.

Obituary lovingly written by the family of Robert Paula