To share your memory on the wall of Ronald Jones, sign in using one of the following options:

Services in the USA will be determined at a later date as, much like when his wife passed, his ashes will be split in two, half will be scattered in a special place in America, the other half in a special place in England. As his wishes were no flowers, donations would be gratefully accepted at The Repatriation of Ronald C Jones fund at Rockland Federal Credit Union, 300 Colony Place, Inside Wal-Mart, Plymouth, MA 02360 which will help with the cost of either shipping, or his daughter personally taking him home to England
Read Less

Receive notifications about information and event scheduling for Ronald

We encourage you to share your most beloved memories of Ronald here, so that the family and other loved ones can always see it. You can upload cherished photographs, or share your favorite stories, and can even comment on those shared by others. 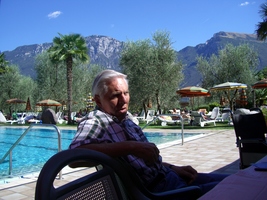