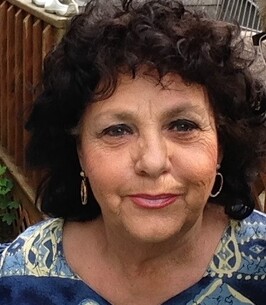 Sheila was truly a bright ray of sunshine to all who knew her. She
was an intent listener, gave gentle guidance, and thrived on
helping others – friends and family alike. Sheila was oftentimes a
silent hero with her generosity and loved to see people happy.
She was a most loving, understanding and patient mother who
trusted in her family completely. Sheila’s quick wit and feisty yet
jovial disposition enlivened, and even started, any party.
Wherever there was music you could see her snapping her
fingers and moving to the beat.

Sheila was a wonderful homemaker and cooked delicious meals,
our favorites included her spaghetti sauce, tuna salads, corn
chowder, and lasagna. She was a wiz at math problems, and she
could remember phone numbers even years after learning them.
She enjoyed crocheting blankets and playing cards with her
grandchildren (rummy and crazy 8s were favorites). Sheila also
loved animals, especially her Himalayan cats and her beloved
poodle Sylvia. She cherished her family photos and displayed
them wherever she could find space. She enjoyed telling the
stories of the people, places, and pets behind each one of them.

Outside of the home, Sheila did secretarial work before the
children came along, then moved into caregiver roles, after the
children were grown, where she truly thrived using her
interpersonal skills and her strong abilities to help others
overcome challenges.

Sheila was preceded in death by both parents and her husband.
She is survived by her three children, Geoffrey, David and Sherill,
her sister Elizabeth, and several nieces, nephews, cousins,
grandchildren, and two great grandchildren. Sheila asked that
there be no funeral services, and we honor those wishes and will
remember her with the greatest love in our hearts.

Obituary lovingly written by the family of Sheila Draper