To share your memory on the wall of Stephen Ottino, sign in using one of the following options:

Provide comfort for the family of Stephen Ottino with a meaningful gesture of sympathy.

We encourage you to share your most beloved memories of Stephen here, so that the family and other loved ones can always see it. You can upload cherished photographs, or share your favorite stories, and can even comment on those shared by others.

Posted Dec 05, 2019 at 04:51pm
I worked with Steve years ago at the mall and although we had a few differences at times, he was always professional and someone we could count on whenever necessary. It is hard to believe that he is no longer with us. My thoughts and prayers are with his family and friends during this very difficult time. Rest in Peace, Steve.
Comment Share
Share via:
MA

Posted Dec 02, 2019 at 02:53pm
To the family of Stephan,
I worked at PCCF for 24 years and Stephen was a true friend and co-worker. He worked so hard that it is a shame he wasn't able to enjoy retirement. My thoughts and prayers will be with you all, for all the days to come.
Comment Share
Share via:
J

Posted Dec 01, 2019 at 08:07pm
My deep felt sympathies to Steve's family. I knew Steve through work at PCCF. When I started working there I didn't know anyone, but Steve was very friendly and made me feel right at home. I had lunch with Steve many times in the break room. In addition to all the delicious food I had as a test subject for his many cooking experiments, there were countless jokes and conversations about tv shows, movies, music and sports. Steve was a great person to talk to and a great source of advice. I know I'm only one of many whose lives were better for having known him. So long Steve, I'll miss you.
Comment Share
Share via:
RJ

Posted Dec 01, 2019 at 12:39pm
Rest-in-Peace to Steve and deepest condolences to his Family and loved ones upon his passing. Steve was one of my first bosses when I first started at Independence Mall and he was always on-hand to assist everyone and anyone whenever we/they needed help. May his soul and the souls of all the Faithfully Departed, in the Glory of God, Rest in Peace, Amen.
Comment Share
Share via:
M

Posted Nov 29, 2019 at 08:28pm
To the family, my heartfelt condolences for your loss. Please find comfort in the knowledge that soon God will wipe out every tear from our eyes, and “death will be no more, neither will mourning nor outcry nor pain be anymore. The former things (will) have passed away.”(Rev. 21:3,4) May this promise give you comfort now and a real hope for the future. My deepest sympathies.
Comment Share
Share via: 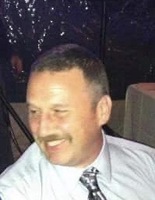