To share your memory on the wall of Steven Finn, sign in using one of the following options:

Print
Steven Joseph Finn, 66, of Plymouth passed away peacefully on September 25th surrounded by
his family.

Steve was born in Milton, MA to Frank Finn, who passed away earlier this month, and Wanda
(Renski) Finn. He went through... Read More
Steven Joseph Finn, 66, of Plymouth passed away peacefully on September 25th surrounded by
his family.

Steve was born in Milton, MA to Frank Finn, who passed away earlier this month, and Wanda
(Renski) Finn. He went through Milton schools, graduating from Milton High School in 1972.
He then went on to his life long career working as a Sales Representative for various paper
distributing companies, retiring from Lindenmeyr Munroe this past year.

In addition to being survived by his mother Wanda, Steve leaves behind his three children:
Stephanie Finn of Plymouth, Jonathan Finn and his girlfriend Michelle of Plymouth, and Kristen
Buchanan and her husband Nathan of Plymouth. His children's mother, Donna O’Gara, who he
remained good friends throughout the years, her husband Dan, and their daughter and son-in-law,
Kacey and Jared Wolfe. He was a grandfather (“Grumpy!) to Shay Buchanan, who he adored
and the feeling was mutual. One thing that has defined Steve was how proud he was to be one of
five boys. He leaves behind his four brothers: Michael Finn of Brockton, Joe Finn and his wife
Ruth of Kingston, and Chris and Jim Finn, both of Plymouth. In addition, six nieces and
nephews: Mike Finn and his wife Amy of Middleboro, Danny Finn and his wife Tia of Norton,
Lindsay Williams and her husband Joe of Brockton, their mother Jean of Norton, and Matt,
Emily, and Connor of Kingston. Lastly, eight great nieces and nephews.

For those of you who knew Steve, know he loved to talk! From a young age he always enjoyed
the company of others; old friends and new faces both brought a smile to his face. Whether he
was giving one of his many compliments, telling a story, or inquiring about something new, he
was always able to capture the attention of his audience.
When he was not working, Steve was most often found at one of his children’s games or
workplace, watching NASCAR with his brothers, visiting family members, enjoying Chinese
food, or puttering around the yard. These things truly all brought joy to him.

A wake will be held at Bartlett Funeral Home in Plymouth on October 4th, 4-6pm followed by a
funeral mass on October 5th at 10am at St. Bonaventure’s Parish in Manomet (Plymouth).
In lieu of flowers, donations can be made to the Cancer Center at Beth Israel Deaconess Hospital
in Plymouth.

Receive notifications about information and event scheduling for Steven

We encourage you to share your most beloved memories of Steven here, so that the family and other loved ones can always see it. You can upload cherished photographs, or share your favorite stories, and can even comment on those shared by others.

Posted Nov 04, 2019 at 10:40am
My sympathies to Steve’s family. I had the privilege to work with Steve many years ago at RIS Paper. Steve was truly one of the kindest persons I have ever known. You will be missed my fiend .
John O’Leary
Comment Share
Share via:
DF

Posted Oct 02, 2019 at 05:10am
Uncle Steve was a patient, kind and gentle man. He was exactly what an uncle was supposed to be. Filled with smiles and laughs. Always there to lend a hand or an ear. He never missed an opportunity to try and make someone else’s day better. Whether it was randomly dropping by the house with a box of paper or handing out two dollar bills on holidays uncle Steve was always around. That’s what I’m going to miss most about my uncle Steve, he didn’t need some big plan to meet up, He was just always around bringing laughs and smiles. He was the kind of guy that would make everyone around him happier. He brought this positive energy, this light, this beam of hope everywhere he went. Every time I saw him he would always say” love you man” when we departed. He didn’t wait, he didn’t say I’ll do it tomorrow, Steve always loved and took care of the people in his life. Thanks for everything, I’m going to miss you. Love Danny and the family.
Comment Share
Share via:
HS

Posted Sep 30, 2019 at 01:48pm
Steve was always a joy to speak with on the phone. He will be missed by all his friends here at Fowler Printing. Our deepest sympathies.

Blooming Garden Basket was purchased for the family of Steven Finn.

“When the person you are closest to is gone, hold on to their memories and know that they are always with you.”
Comment Share
Share via:
KD

Posted Sep 27, 2019 at 02:42pm
I’m so very sorry for the loss of a wonderful man. I was blessed to have known Steve through my job. It was always a pleasure to talk to him when I called his place of work. I also am a NASCAR fan. We talked so much about the sport. We meet at a race track and it was great. I will miss him saying “hello my friend “. He always spoke lovingly about his family. He would talk about his car. I so enjoyed talking to him when I could. He will be missed but never forgotten. Thank you Steve for years of enjoyment talking. Love you my friend. 🙏🏻💗
Comment Share
Share via: 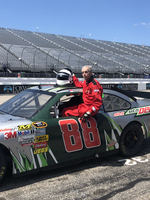 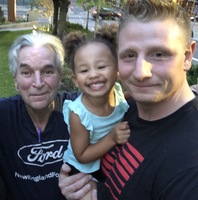 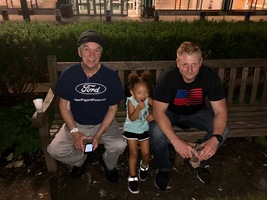 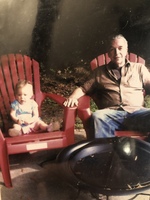