To share your memory on the wall of Thomas Cummings, sign in using one of the following options:

Provide comfort for the family of Thomas Cummings with a meaningful gesture of sympathy.

Print
Thomas Alphonsus (Tom) Cummings, Jr., 82, of Sandwich, MA, died peacefully at his home surrounded by his loving wife and three adoring children on April 27, 2020 shortly after being diagnosed with advanced stage cancer.


Born in Boston on May 4, 1937 to Thomas, Sr. and Catherine (McBarron) Cummings, Tom grew up in Roslindale. He spent much of his youth at Fenway Park, where his lifelong passion for the Boston Red Sox began. His father ran the concession business for 50 years, giving Tom access to summer jobs in the bleachers and insider experiences, stories of which he loved to tell. After graduating in 1955 from Boston College High School, Tom was educated at Saint John’s Seminary.


Family meant everything to Tom.


He and his wife Louise (Holderried) Cummings settled in Sandwich where they raised three children, Kristin, Alanna, and Thomas, III. Louise had his heart and soul, and he gave her the loyalty anyone would dream of having from a partner. For nearly 50 years he was devoted to her happiness, leaned on her for support, and delighted her with loving notes and sweet poems. His love for his children was matched only by their love and adoration for him. He attended every game of every one of their sporting events for many years, and took great interest and pride in their academic achievements and career paths.


Tom worked in the Wareham District Court system for 32 years, serving 24 years as Chief Probation Officer. Tom was loved by many and respected by all. He truly believed that the justice system was there to provide support and reform. He saw the good in everyone and stood up for people when no one else would. He was gratified when people reached out to him years later to thank him for having saved their lives by giving guidance that no one else had offered.


He believed actions spoke louder than words. He led by example and guided his children into their adult lives with unconditional love, unwavering support, and unmatched dependability. Along the way, he made everyone laugh with his quick wit and unending supply of jokes and was one of the few men who could tell puns in Latin. In his retirement, he stayed busy by working at the Sandwich Grist Mill, where he gave tours, milled corn, and shared the history of the town with tourists and locals alike.


He delighted in the happiness his children found with their spouses, all of whom he welcomed into the family as children of his own: Kristin’s husband Todd Harshbarger, Alanna’s husband Jamison House, and Tommy’s wife Elizabeth Martin. While he was many things to many people, most importantly he was Grampy to Aloisa Harshbarger and Catalina Harshbarger, Ba to Clara House, and Pipi to Olivia Cummings and Thomas Cummings, IV.


In addition to his wife, children, and grandchildren, Tom is survived by his sister Janet Korpi and her children Raymond Korpi and David Korpi. He was predeceased by his brother Robert Cummings, Robert’s wife Kathleen Cummings, and Janet’s husband Colonel Raymond Korpi. He also leaves behind many loving nieces, nephews, and cousins, as well as friends who formed an extended family.


A private celebration of life will be held at a later date. In lieu of flowers, the family asks that you honor Tom’s wish that kind deeds be done in his name, such as reaching out to someone in need or supporting a local charity.
Read Less

Receive notifications about information and event scheduling for Thomas

We encourage you to share your most beloved memories of Thomas here, so that the family and other loved ones can always see it. You can upload cherished photographs, or share your favorite stories, and can even comment on those shared by others.

Posted May 05, 2020 at 09:28am
I am so very sorry to learn of Tom’s death. He was such a warm caring person and will be missed by everyone who knew him. I always smiled when I saw him, and left our meetings feeling better for them! My deepest sympathy and prayers go out to Louise and the kids.
Comment Share
Share via:
CP

Posted Apr 30, 2020 at 02:32pm
I have the most wonderful memories of Tom. Tom and Louise welcomed me into their home so lovingly. I remember a Thanskgiving with Tofurkey! Tom was so warm, loving, genuinely interested in my story- I had to spend a lot of holidays away from my family in those days, and I have. deep gratitude for how Tom and Louise made me feel part of their family. Tom, your humor was one of a kind!
Comment Share
Share via:
KP

Posted Apr 30, 2020 at 06:50am
So sorry to hear of your loss Louise.. my memory of Tom was his jokes..!! Every time he’d come in with a dry sense of humor joke which I loved.. again knew he and you whole fam 40 plus years at the office. So sorry. Kathy Pinto from dr Boynton s
Comment Share
Share via:
TM

Dear Louise and Cummings Family, Your beautiful obituary for Tom gives a snapshot of the wonderful man who graced your lives as husband, father, grandfather, uncle,brother and friend. Thank you for sharing him with all of us who regretfully did not know him personally. I will honor his wishes with joy adding to our Winthrop Food Pantry. Holding you, Louise, and all surrounding you with love in these difficult days, in prayer and remembrance. Theresa 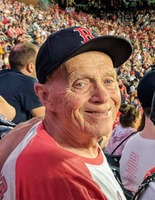 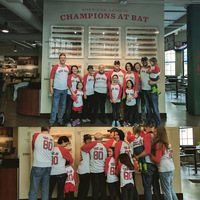 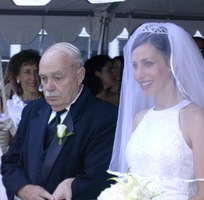 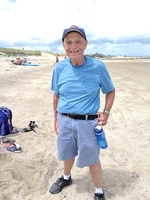