To share your memory on the wall of Audrey Macdonald, sign in using one of the following options:

In lieu of flowers, donations may be made to: The Duxbury Beach Reservation, https://duxburybeachreservation.kindful.com/
And Friends of the Duxbury Free Library, http://duxburyfol.org/donate
Read Less

Receive notifications about information and event scheduling for Audrey

We encourage you to share your most beloved memories of Audrey here, so that the family and other loved ones can always see it. You can upload cherished photographs, or share your favorite stories, and can even comment on those shared by others.

Posted Jun 17, 2020 at 04:55pm
I was so saddened to hear of Audrey's passing. She was a very good friend to my mother, Joanne, and I always enjoyed catching up on the many things that she had going on in her life. Audrey was a truly great person. My condolences to your entire family.

Posted May 14, 2020 at 09:11am
I was much saddened to hear of Audrey's passing. She was a remarkable person in so many ways! Sending much caring and sympathy to you all.

Posted May 13, 2020 at 05:02pm
I am truly sorry to hear about Audrey’s passing. I worked with her for about 15 years and she was such a lovely lady and always interesting to talk to. I know she will be missed by many! My deepest sympathy to her family and many friends! Kathy Prone
Comment Share
Share via:
LB

Posted May 13, 2020 at 01:44pm
There are really no words to express the loss of Audrey Macdonald. Class, strength, educated, selfless and an amazing role model are just a few that come to mind. Her laugh will always resonate within me. Thank you Audrey for being you. We will deeply miss you.
Comment Share
Share via: 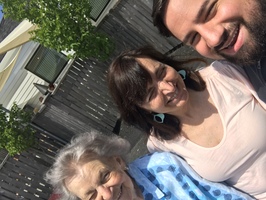 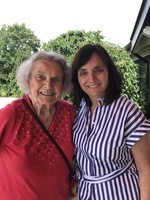 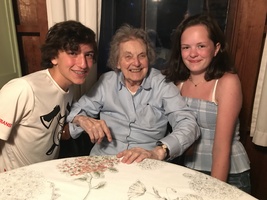 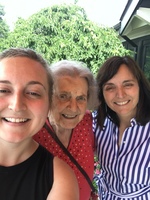