To share your memory on the wall of Elizabeth McCabe, sign in using one of the following options:

Print
Mrs. Elizabeth (Betty/Liz) McCabe (née Stone) joined her beloved husband, Peter, in
their heavenly home on August 25, 2020. She died peacefully at Cape Cod Hospital in
Hyannis, MA at the age of 81.

Betty is preceded in dea... Read More
Mrs. Elizabeth (Betty/Liz) McCabe (née Stone) joined her beloved husband, Peter, in
their heavenly home on August 25, 2020. She died peacefully at Cape Cod Hospital in
Hyannis, MA at the age of 81.

Betty is preceded in death by her husband, their daughter Carrie, and by her parents H.
Taylor and Lenora Stone. Betty is survived by her three daughters - Beth (Jeff) Schwarm of Bolingbrook, IL; Ellen
McCabe (Stephen Hemberger) of Cotuit, MA; and Kathryn (Douglas) Stamps of
Hoopeston, IL as well as her brother Sam (Mary Olive) Stone and her brother-in-law Jim
McCabe of Arlington, VT.

She is also survived by her treasured grandchildren Patrick (Juliette), Eric, and Jacob,
whom she adored and was immensely proud of the people they had become. Survivors
also include her many nieces and nephews whom she loved dearly. Betty loved her
family deeply - including the many cats that passed through their lives.

Betty was born on November 9, 1938 in Hartford, CT. She attended Southern Seminary
Junior College in VA and in 1958 married her great love, Peter McCabe. Betty and Peter
settled in Holmdel, NJ, where they began their married life.

In 1966, they relocated to Wheaton, IL for Peter’s job at Bell Laboratories, where Betty
focused on being a wife, mother and a homemaker until her children were in school, at
which point she began working as a certified nursing assistant. She and Peter were
active members of Trinity Church in Wheaton for 44 years, where she was very involved
in many lay ministries, including: PADS mobile homeless shelter, Advent House
Transitional Living mentorship, nursing home ministry, and Stephen’s Ministry. She was
also very active in the Wheaton Christmas Sharing program, the Cursillo Movement, and
was a DuPage County CASA advocate for children.  Betty and Peter sang in the church
choir and participated in the annual Handel's "do-it-yourself Messiah". She was a
gourmet cook and enjoyed participating in arts and craft projects with friends.

Betty moved to Cape Cod, MA in 2011 to live with her daughter Ellen and Ellen’s family.
She continued her spiritual activity, volunteering for Hope Hospice and the Tree of
Memories, and knitting hundreds of pocket prayer shawls that she gave to family,
friends, and anyone who might be consoled by one. She also made thousands of palm
crosses for Palm Sunday at Christ the King parish.

Betty was a kind and caring person who always sought to attend to the needs of those
around her. Her friends described her as someone who inspired them to seek and share
with others the goodness in their own lives in times of happiness or trouble. She was the
gentlest of women who lived a deeply spiritual life and truly believed in the virtue of all
people. No one who knew Betty will ever forget her kindness, compassion, and
thoughtfulness. She will be dearly missed by her family and her friends, and by those whose lives were
touched and changed by her.

Betty’s family would like to thank Ellen’s husband Steve for his kind and loving care of
Betty during the last several years. She was happy and very well cared for.
A funeral Mass is planned for October 24, 2020 at 10 am at Christ the King Parish in
Mashpee, MA. In lieu of flowers, donations can be made to VNA of Cape Cod Hospice
(Cape Cod healthcare Foundation attn. VNA Hospice PO Box 370 Hyannis MA 02601)
or DuPage PADS, 601 West Liberty, Wheaton, IL 60187 (or online at dupagepads.org).

Receive notifications about information and event scheduling for Elizabeth

We encourage you to share your most beloved memories of Elizabeth here, so that the family and other loved ones can always see it. You can upload cherished photographs, or share your favorite stories, and can even comment on those shared by others.

Posted Sep 27, 2020 at 05:47pm
Dear beth ellen and kathy
I spokevwith joan wurmlinger today
And she told me of your mother’s
Passing
We would like to extend our
Heartfelt sympathies on hearing
This news
Lots of great memories of peter
And betty and you all on burning trail
In wheaton
Tom and jerri girman
Holland Michigan
Comment Share
Share via: 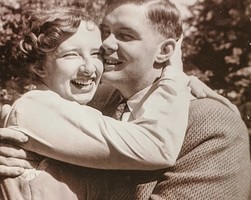 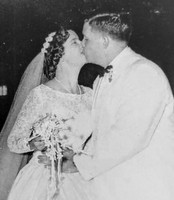 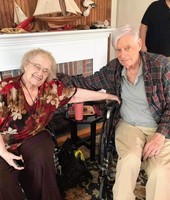