To share your memory on the wall of Randall Corbett, sign in using one of the following options:

Receive notifications about information and event scheduling for Randall

We encourage you to share your most beloved memories of Randall here, so that the family and other loved ones can always see it. You can upload cherished photographs, or share your favorite stories, and can even comment on those shared by others.

Posted May 19, 2020 at 01:51pm
We were so sorry to hear of Randy’s passing. It was always fun catching up at the Corbett Christmases. He was a terrific guy who will be greatly missed.
Comment Share
Share via:
DC

Posted May 17, 2020 at 01:44pm
One of my fondest memories, is seeing the fish that got away. Our father took Randy, Eddie (his twin brother) and I fishing at Spy Pond in Arlington MA. They would have been 8 or 9 and I was 5 or six. After fishing for a while Eddie hooked a fish and after a brief struggle landed it. After removing the hook, the fish was place on shore. The fish, as fish do, flopped around and was covered with dirt. Well Randy didn't like the dirty fish so he grabbed by the tail and took it to the pond to wash it off. As Randy swished the fish back in forth in the water it freed itself from his grasp and headed for deep water. Eddie was heartbroken that his prize fish was gone. Our father commented that he had truly seen the fish that got away. David
Comment Share
Share via:
MM

Posted May 11, 2020 at 03:01pm
My deepest sympathy and condolences to the entire Corbett family Mr C was one of the best. I think his SP retirement party was the best memory of all!!
Comment Share
Share via: 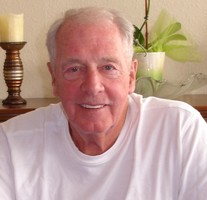 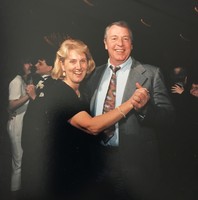