To share your memory on the wall of Richard Birdsall, sign in using one of the following options:

Provide comfort for the family of Richard Birdsall with a meaningful gesture of sympathy.

Richard had many strong values in his life. Two things deeply intertwined for him were family and nature. He says in writing to his family about nature:

"I love the out-of-doors, nature, wild birds, plants, and animals. That comes from my mother and my Uncle Floyd and Grandfather Heselton and the dairy farm."

And he continues to share about his childhood experiences on his family farm in Woodstock, VT:

"I hated cities and crowds and loved the country, the woods and fields, etc. There was always something going on. The swimming hole, hunting squirrels, picnics and playing with my cousins, huge family cookout picnics on July 4th in the meadow next to the Otterquechee River, logging, milking, collecting cat-o-nine tails and soaking them in kerosene to make torches, collecting goose quills for making potato pop ‘guns’, haying, cleaning stables."

Throughout his life Richard found great pleasure in his bond with animals. He loved his pets from his first dog “Scout” to his squirrel he’d carry in his pocket while riding his bike and going to class, and then finally with Toby, his last dog. He shared that his grandfather took in a white Arabian circus horse for Richard that only ran in circles and would often throw him off!

As an adult Richard loved camping, canoeing and hiking throughout New England and could sometimes coerce his kids into hiking with him in exchange for a Snickers or Heath bar. He took great pride in landscaping his yard and meticulously caring for his bonsai arboretum.

Family history and genealogy were also of great interest and Richard would often find someone with the last name Birdsall in the phone book and drop by and introduce himself while his children would shrink with embarrassment in the car. As he would frequently announce, “All Birdsalls are related”.

He also enjoyed a good time laughing (loudly), ballroom and square dancing, entertaining, and was known to wear a Mr. Pierre wig while playing the ukulele and singing “Tiptoe Through the Tulips” in the falsetto voice of Tiny Tim.

He earned his BS from University of Vermont in 1958 and then trained with the National Guard. He then settled down with his new wife Alice Jane Kinghorn and baby Suzanne Janice in Newtonville, MA. He began his career at Cabot in Boston, MA before being promoted to a position with Cabot in New York City. Sandra Alice was born during this time into the family. He moved his family to Ridgewood, NJ where they spent many years together.

After working successfully at Cabot he was offered and accepted a new position at the company Whitaker, Clark, and Daniels managing the supplies of Ultramarine Blue and Carbon Black for their customers. During this new chapter in his life, Richard had a third daughter, Shannon Lynn, whose introduction into his life in his last few months was a great gift. He then met and married his second wife, Pamela Dodd, with whom he had his son Randall Edgar. During this time he ventured out on his own and started the two successful chemical distribution businesses, Districhem and then Birdsall, Inc. For a period of time his work took him overseas to England, where he befriended Lord Middleton from the town of Birdsall, North Yorkshire.

In his later years he married Elise Gyle. Richard and Elise lived intergenerationally with Randy and Elise’s grandmother “Oma”, mother (and Richard’s dear friend) Marianne and son Jason Wang in Princeton Junction, NJ. He literally put his name on the map while living there by legally renaming the road in front of his house “Birdsall Way”. Richard, Elise and Marianne then moved to central Florida.

Richard moved to Massachusetts in his last years ending close to where he began his journey. He lived near his daughter Sandra. He became a member of the local Chiltonville Congregational Church where he created many enduring friendships and connections, not the least of which with Sandra’s longtime boyfriend Peter McLaughlin. They would spend time getting haircuts at Fast Eddie’s, shopping, going to Peter’s family gatherings and Peter would bring Richard to church weekly.

Throughout his life Richard would spend much time and resources in philanthropic community endeavors. Whether it was in a structured group or just someone in need, he would lend a helping hand. He sponsored a refugee family from Laos, finding them work, housing and was given a position of esteemed authority within their family structure. He was an active member of the Girl Scouts association, Cub Scouts, Kiwanis, Board of Education, First Presbyterian Church in NJ, holding leadership positions in all. Richard never did anything halfway. When in Florida he volunteered at the Sheriff’s department. He even grew a lengthy white beard and a very round belly to play the best Santa Claus ever for the children of Burlington, NJ and in Florida!

He will be remembered as a man who loved his children and whose children loved him.

Services will be scheduled for Richard at a later date with a final resting place in Woodstock, VT in the family plot. In lieu of flowers, donations may be made to the Chiltonville Congregational Church, 6 River Street, Plymouth, MA 02360.
Read Less

Receive notifications about information and event scheduling for Richard

Posted May 02, 2020 at 09:07pm
Dear Sandi and family, I only knew Richard in his later years as a member of my church. He was a warm and friendly man who enjoyed reaching out to others and making them feel welcome. He had a bright spirit and a great sense of humor. I so appreciate dreading his obituary and finding out more about his interesting life. His love for his family and friends was heart-warming. We will miss him.
Cathy Bush
Comment Share
Share via:

To Sandy Birdsall, I look at the obituaries just about every night. I saw the name and immediately thought of you. I’m very sorry to hear of your Dad passing on. My thoughts and prayers are with you and your family at this time. Respectfully, Mike Kelley formerly at the Plymouth Career Center 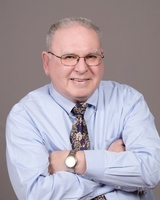