To share your memory on the wall of Robert Moir, sign in using one of the following options:

Posted Aug 05, 2019 at 02:28pm
I was a student of Rob’s at Rumson-Fair Haven Regional High School from 1966-1970. As you can imagine, those were exciting but intense and confusing years to be a young person in America. I was just discovering who I was and becoming involved in the anti-Vietnam War movement and the movements for social justice and student’s rights. These were not popular positions in our conservative, suburban New Jersey town. I spent my first two years in high school either in an alienated funk or being put down by teachers and fellow students for my beliefs.

Then I met Rob. Rob was the first adult I ever met –let alone a teacher—who treated me with respect, who encouraged me to think for myself, and who challenged me to channel my inchoate ideas into productive and meaningful activism. I’ll never forget cold mornings leafletting and walking the picket line with him and a group of like-minded students in support of the UFW grape boycott. Or his behind the scenes advice and encouragement when a group of us organized a student walkout and protest against the invasion of Cambodia and the killings at Kent State (needless to say, Rob was the only faculty member who spoke at the rally).

Rob was also a tough and exacting teacher. He never let his sympathies get in the way of kicking us in the butt for sloppy thinking or calling us out for not doing the work. His respect for history, teaching and the power of truth telling ran deep. They are lessons I’ve never forgotten.

But it is Rob’s kindness and empathy that I most remember. When I had to register for the draft, Rob wrote a beautiful and touching letter in support of my application to become a conscientious objector. It’s a letter I treasure to this day. When my mother—a former teacher at RFH—was hospitalized for depression after a suicide attempt, Bob was there for me with support and advice. This at a time when neither mental illness or suicide was discussed aloud.

In the mid-1990s, when I was the editor of Scholastic Update, a national current events magazine for high school students, I received a letter from a teacher upbraiding the magazine for an article on the Middle East that the letter writer felt did not fairly present the struggle of the Palestinian people and threatening to cancel his subscription. The letter was from Rob. I wrote back to say he was right and by the way did he remember me?

Rob immediately invited me down to Rumson to speak to his students about journalism. It was a great day. Rob’s students were curious and alive and ready to make their mark on the world. Rob had gone to the trouble to photocopy all the articles by myself and fellow students from the school newspaper during our time at RFH –all of which he had kept. I was moved when he told me that ours was the best class he had ever taught and how much those years had meant to him. And I was finally able to tell Rob how much he had meant to me and what a difference he had made in my life and those of countless other students. And how in no small measure my own career as an activist, journalist and educator had been encouraged and inspired by his.

My deepest condolences to Rob’s family. He will be greatly missed. But as this, and, I’m certain, many other remembrances show, he will not be forgotten.

Posted Aug 04, 2019 at 04:42pm
To our friend, Peggy, and family,
Reon and I are heartbroken at this news. Both Rob and you, Peggy, were the role models needed in the world of oppression and inequality that we faced then and, sadly, continue to face today. Rob’s quiet eloquence was highly regarded by many in the MCEA and the NJEA, especially by me. His leadership and commitment to fairness is legendary among us, the few who aspired to follow in his footsteps. In ways both large and small, Rob made the world, and our little corner of it, a better place. May the pain of your loss be soon replaced with the comfort of happy memories of the life and love you shared with him. Peace!
Diane and Reon Swaim
Belford, NJ
Comment Share
Share via:
BS

Posted Aug 04, 2019 at 04:15pm
Peggy, both you and Rob were role models for many. As former vice president of the Middletown Twp Educ Assoc, I remember you both very well. Rob had a passion for social justice and for the rights of teachers. You showed us that there is life after jail! I always have admired you both. I am very sorry for your loss.

Posted Aug 03, 2019 at 11:48am
I was extremely fortunate to know Mr. Moir during my high school years (1966-70). RFHRHS was an oppressive environment then—as was home— with select teachers and administrators who would behave like bullies toward their students. Only in retrospect was it possible to know this behavior reflected a kind of fear present in the larger society of the “threat” to conservative values that “the youth of America” embodied for so many at that time.
In the midst of all that, I discovered in my freshman year that a gymnastics team practiced during the winter months, off on the margins of the gymnasium while the basketball team held “center court.” With Coach Kern’s constant whistle-blowing and yelling at his basketball players providing a weird kind of counterpoint, our coach Moir used humor, serial attention to individuals, and a bit of leading-by-example, to help spur the learning. He would raise his voice rarely, usually when something stupid or dangerous was about to occur. He helped to make it fun,
I always felt a bit amazed when Mr. Moir would take off his jacket, walk under the high bar, loosen his tie, and with wingtips still laced on his feet, execute three or four forward giant swings—before dropping to the mat, picking up the coins that had fallen out of his creased dress pants, and resuming his duties. I knew many other adults who were in pretty good physical shape, but I knew no other 30-year-olds who could do what he did! In competitions, he insisted on absolute silence from everyone present during the execution of a routine—applause only, and only at the end. He would confront audience members, and even team members from the opposing squad if necessary, in order to maintain a safe and respectful space. This stipulation of respect shown to the novice and star alike came through to me as a lesson in equality, which helped us novices take ourselves more seriously.
As the years in RFHRHS passed, and I engaged more with him as a student, it became clear that his understanding of history propelled him to move in the larger world as an activist; and it dawned on me (obvious, I know) through his example that history gets shaped through our actions in the present day. In 1969, I got arrested with Mr. Moir while leafletting in support of the grape boycott, outside a Safeway supermarket in Middletown. (Thank you, Mama, for never letting Dad know!) I can draw a direct line from that action to the decision to be a conscientious objector, to a lifetime of environmental activism.
I am extremely sorry he is gone (all the worse that I did not realize we lived so close); but I hope those who love him have an inkling of difference this gentleman made in the lives of his students. He was hugely influential to the course of my own life, and served as a rare positive role model for how to go about being a man, and an activist, in this precipitous present day.
With love and respect, Christopher Nord, ‘70

Posted Aug 01, 2019 at 01:19pm
I had Mr. Moir as my AP European History teacher at RFH. I was a little intimidated by him at the time, because I felt like such an ignoramus when it came to history. But, boy, I wish I had met him again as an adult and had a beer with him and talked. What a treasure RFH had! I, too, have become really interested in WWII and the Irish Revolution. It must have been something for him to teach in Rumson, where it seemed everyone's parents (when I was in seventh grade) voted for Nixon except for one girl in my grade, and we all thought her parents must have been really weird! A missed opportunity for me to get to know him better. Hugs to all his family and friends!
Comment Share
Share via: 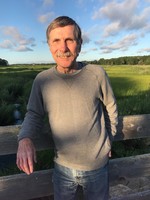 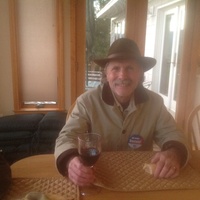 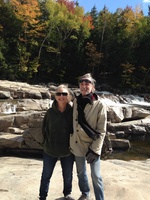 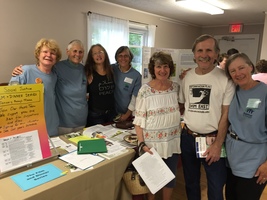