To share your memory on the wall of Scott Barclay, sign in using one of the following options:

He was the #3 son of Tom and Mary Barclay, spending his early years on Wadsworth
Rd. in Duxbury. Although his lifestyle did not earn him accolades as a role model, he
had a heart of gold and had hundreds of close friends of all ages. He was cowboy
nicknamed “McDote” at an early age which stuck with him throughout his lifetime (many
people thought that was his real name).

He loved boating and fishing, but seldom followed the rules for either. He loved snow
and water skiing, proudly skiing past sister Diedre’s wedding reception in Humarock in
nothing but his birthday suit. He went to college for two weeks where he practiced his
pool game. His favorite day of the year was his own birthday (August 1 st ), when he’d
celebrate/imbibe himself for at least a week. His most infamous escapade was the
police chase and shootout he instigated in Duxbury when he “borrowed” the family car
keys at 17 while his parents were away, resulting in a bullet ridden car and his 1 st trip (of
many to come) to the pokey. For those that are owed money (the line is long), one of
his most common expressions was “Id rather owe you than screw you out of it”.

“Scottie” was quite a character, and will be remembered fondly by most everyone who
ever came in contact with him. He had a great sense of humor, an infectious smile, a
big heart, a careless attitude, an aversion to hard work, and always had a line of BS for
any circumstance he would find himself in. He will be sorely missed by family and
friends!.

He is survived by brothers Timmy (fiancé Suzanne) and Keith (wife Meg) of Kingston
and sister Diedre (partner Dwayne) of Duxbury, as well as a slew of
nephews/nieces/step niece (Jesse, Troy, Jeffrey, Adlie, Julia, Shannon, and Katie), and
several grandnephews and a grandniece (Paxon, Greyson, and Paisley). He is
predeceased by his brothers Brett (1984) and Kevin (2009).
The family will be holding a remembrance post-Covid, likely next spring/summer at a
venue yet to be determined. Per his wishes, his ashes will be spread into Duxbury Bay.

Receive notifications about information and event scheduling for Scott

We encourage you to share your most beloved memories of Scott here, so that the family and other loved ones can always see it. You can upload cherished photographs, or share your favorite stories, and can even comment on those shared by others.

Posted Sep 13, 2020 at 07:11pm
We will miss McDote so much. We have so many funny memories and had so many good times and a lot of laughs through the years with Scottie! He was definitely a character with a huge heart! Wherever McDote is, he is crackin' folks up at this very moment!!! Hugs to all of his family. Love, Lou and Jim Carreira
Comment Share
Share via:
D

Posted Sep 10, 2020 at 07:03pm
We’ve had lots of laughs over the years. I’m sure mcdote is already cracking someone up. RIP cuz
Comment Share
Share via:
TM

Posted Sep 10, 2020 at 04:45pm
Micky-D, Doter, Mcdote..... you are so very missed by many of us down here. I will never forget all of the moments and laughs you brightened my childhood with! Love you so much my friend and uncle 💓💗❤️
Comment Share
Share via: 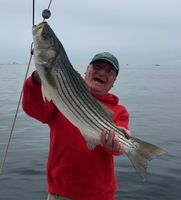