To share your memory on the wall of Warren Harding, sign in using one of the following options:

Provide comfort for the family of Warren Harding with a meaningful gesture of sympathy.


Tunney spent much of his childhood hunting in the woods around his family homestead, as well as fishing and swimming at Great Herring Pond. Tunney went to the Hoxie grammar school and graduated from Bourne High School, staying close with many of his childhood friends, including his lifelong best friend, Lindy. He briefly attended college, with the hopes of becoming a bookkeeper, but had to change directions when his father became ill and needed to care for him.


Tunney was a proud member of the United States Army, serving as a Private First Class in the 31st Infantry Regiment 77th Division. He was Honorably Discharged in 1946 after serving in World War II; he was decorated with several medals: Army of Occupation, Asiatic Pacific Campaign, Good Conduct and World War II Victory Medal.


Tunney was preceded in death by his wife, Rosemary J. “Terri” (Gorman) of Boston; “Daddi-O” is survived by his five children, Dean of Sagamore, Lori of Bournedale, Lisa of Bournedale, Dale of Bridgewater, and Dana of Falmouth, Sons-In-Law Richard and Robert, and Daughter-In-Law Vicki. Tunney was “Grampa” to his first granddaughter, Jamie Brown, who predeceased him, as well as his other loving grandchildren, Sean, Jennifer, Christopher, Stephanie, Michael, Ashlee, and Natalie. He was “Grampa Grampa” to his many great-grandchildren and one great-great-grandchild. He also leaves behind many loving nieces, nephews and family friends.


Tunney enjoyed his work as a heavy equipment operator. He worked for Campanella and Cardi Construction, working on major highways in Boston and also on the Mid Cape highway. From 1979-1982 Tunney resided in Israel with his wife and youngest son Dana, as a heavy equipment supervisor on the Negev Air Base. He also lived in Egypt for around 2 years while working in construction there. Upon his return to the US, he was employed by Churchill’s Oil and Gas company, working as a service technician for many years before retiring. Tunney was also a member of the Veterans of Foreign Wars, as well as a member of the International Union of Operating Engineers Local 4.


Tunney was an avid gardener, always dreaming about the springtime while there was still snow on the ground. He was also a fisherman, and spent many years throwing lobster pots into the Cape Cod Canal. He loved the outdoors, birdwatching, and tending to his flowers, which he would make into beautiful bouquets, dropping them off to family, friends, and even the local businesses he would frequent. Tunney never had a bad word to say about anyone, and there was always a big smile and “Hello!” anytime he had a visitor. He had all the time in the world to talk, and thoroughly enjoyed it, spending hours telling stories from his childhood, and never getting tired of it. Tunney loved spending time with his grandchildren and great-grandchildren, his eyes would light up when seeing their faces. He also loved to travel with his family and enjoyed watching football.


The family would also like to thank Kathleen Donovan for being like another daughter to Tunney, spending time with him and reminiscing about the “good ol’ days”, always making him smile and spreading her happiness and cheer to him.


Memorials may be made to the charity of your choice.


A Celebration of Life is being planned and will be announced at a later date.

We encourage you to share your most beloved memories of Warren here, so that the family and other loved ones can always see it. You can upload cherished photographs, or share your favorite stories, and can even comment on those shared by others. 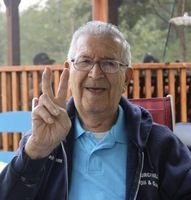 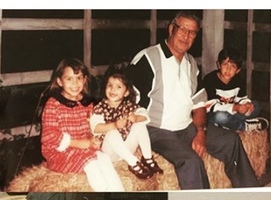 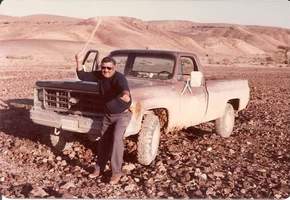